I’ve been busy working on a creative idea I’ve had for some time which I have called Benchman. It all started with a photograph I took of a man sat on a bench, contemplating in the summer sun. Who knows what he was thinking? He may have had many problems or none at all and was simply enjoying a Saturday morning rest in the park. As a photograph, it’s just a straightforward snap, nothing special. That’s when I had one of those lightbulb moments of how I could improve on it using one of my other favourite past times, Photoshop.

I browsed my back catalogue of many photographs and came upon some shots I had taken of the Brecon Beacons just before a storm drowned out the place. Benchman, as he was now known as, was placed in the photo and some enhancements added. Even a couple of flying saucers were included to give it a feeling of being alone in the universe. I’m not sure if that worked, but it did get me thinking of putting Benchman in many different environments.

So I started messing about with some old master paintings, mainly famous ones. The first was Constable’s well known ‘The Haywain’. Because of the angle, Bench-man was photographed at, he fitted perfectly within the scene. It almost looked as though he was letting the little dog off its leash. I was quite pleased with this and even messed with the Bench-man figure and the oil paint settings in Photoshop to get it to look a more natural addition to the painting.

Next up is Renoir’s painting ‘Luncheon of the Boating Party’. There’s no way it was possible to fit Bench-man in as a complete piece, so he had to be cropped and sat at the end of the table. Again, a bit of tweaking with filters to help create a scene that doesn’t make him look out of place. There you have it, Benchman enjoying his luncheon with the boating party. So what next? 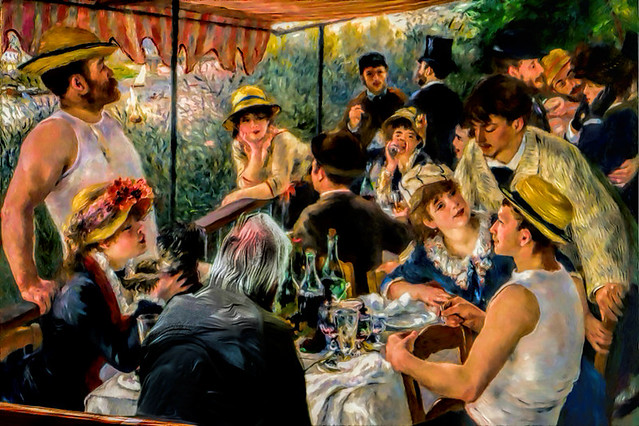 ‘Whistler’s Mother’ by James Whistler has always fascinated me. She looks alone and pensive, worrying about something. Perhaps she needs a visitor to share a cup of tea with? Cue ‘Bench-man’! At least I could get most of his bench in this one. I’ve also tried to get him as close to the brownish tint of the original painting. I wonder what they discussed? 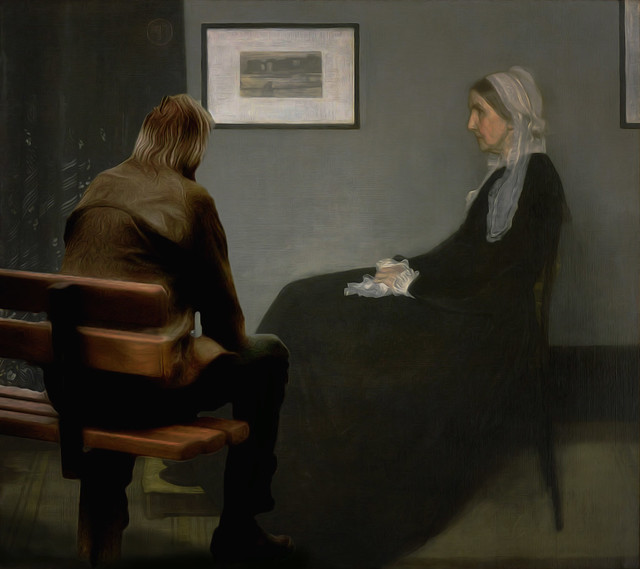 The next port of call for Bench-man was ‘the bedroom’ that Vincent Van Gogh painted in 1888. He fits very well in this painting and I was fortunate to be able to get him and his bench in a similar style to the original Van Gogh painting. It’s a shame there was no one else with him. Still, if he got bored he could have a lie down on the comfortable looking bed. 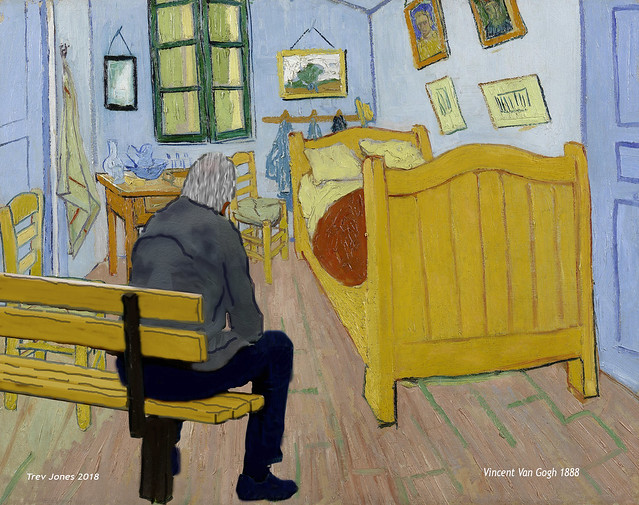 The final piece finds my hero sat by the River Seine in Paris. He’s obviously enjoying his time in Monet’s painting. Again, I’ve used filters to make him blend in with the style of Monet’s artwork and I’m pleased with the result. I hope ‘Bench-man’ is too. What next for this virtual traveller? I have no idea, but it’s been a great creative time for me and hopefully, you will enjoy the results too. 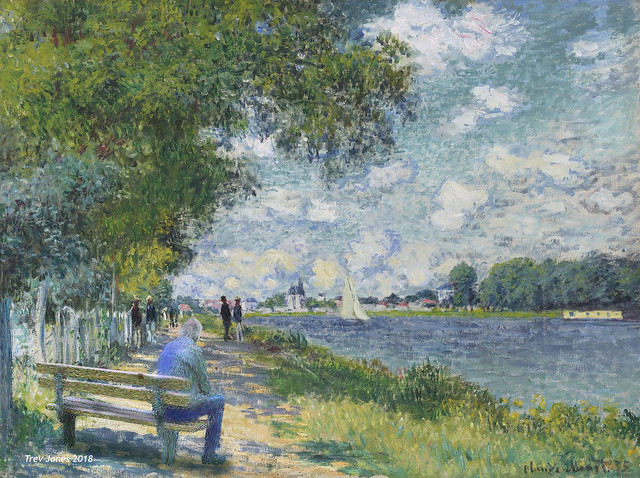 I'd love to hear from you Cancel reply

Before the rains come.

An early morning sketch. ‘The road from Llangunl

New blog post! We Leaped and Landed Here. Tap the